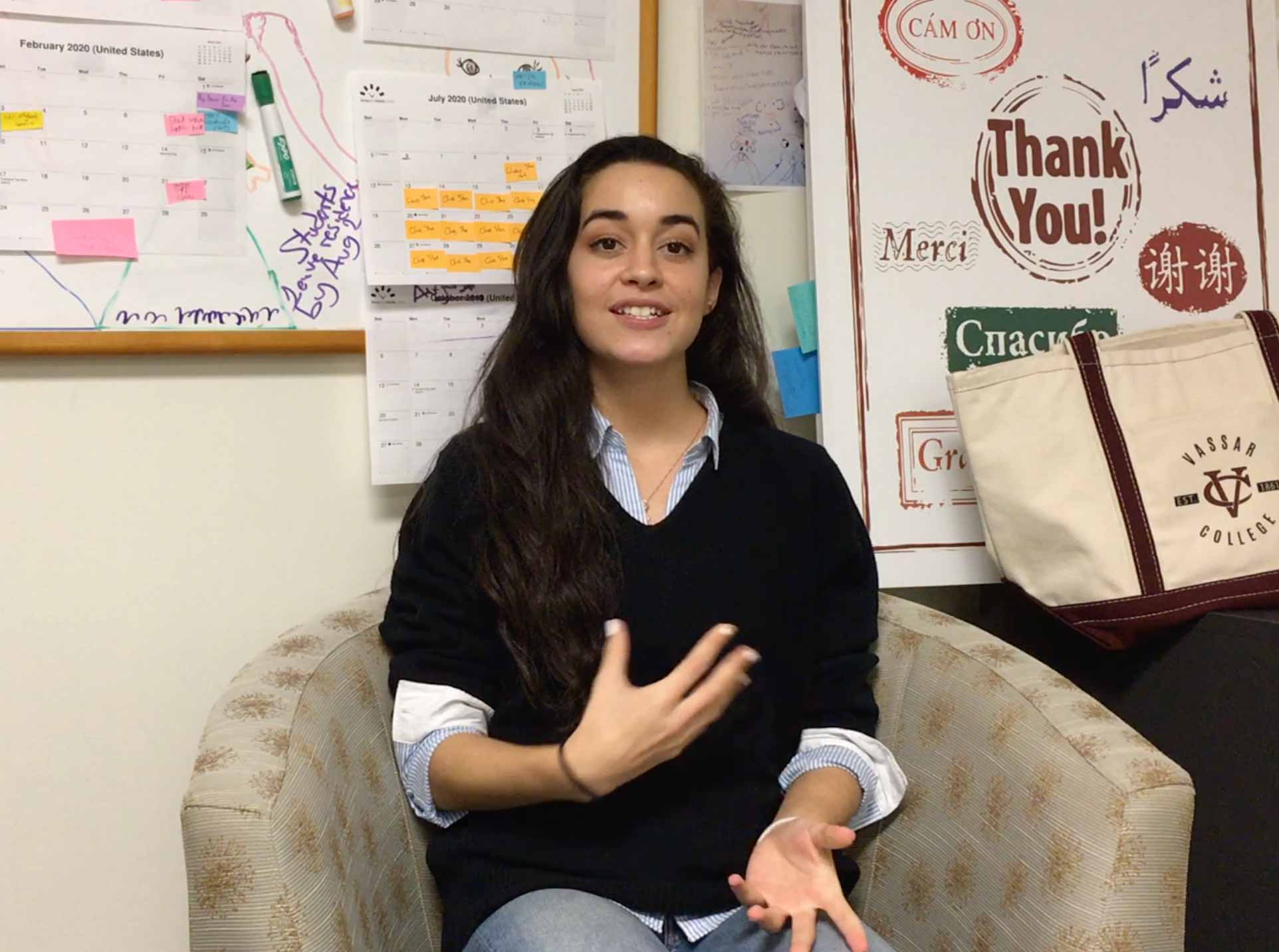 “So my favorite memory from Summer Immersion was when we all, as a group, walked through the main quad and looked at these benches with poems on them. We talked about what the poems meant to us and sat around a little circle in the grass and listened to Andy Bush from the Jewish Studies Department, and he explained not only what the poems meant to him, but also listened to how they affected us.

And I realized in that moment, that coming to Vassar, no matter who I was talking to or what the conversation was about…that every conversation, every person I would meet here had something to share. And sometimes it would be whether you wanted to listen or not, but it was very valuable, what they were trying to say, and it was worth your attention and your time to give them an ear and allow them the space to share what they wanted to say.”